1. Your worst reading experience?
I seldom finish the ones I don't like. But I've only returned one book to the store, that was Claire Castillon's Insecte. The theme seemed quite interesting but the writing really turned me off.

2. Which book has affected you the most?
a) ntozake shange's for colored girls who have considered suicide when the rainbow is enuf .
b) Elektra: Assassin by Frank Miller and Bill Sienkiewicz.
c) Nina Bouraoui's Poupée Bella.

3. Have you read something that made you really scared?
When I was twelve, I was reading Fantastic Four comics for two days in a row until I started seeing fire and devils coming out of the pages. I was sh*t scared, but it didn't put me off reading comics. I also had an incident with a Dean R. Koontz book about insomnia that seemed to enter my brain, driving me into madness while in bed late one night. I quit reading my beloved Kings and Koontz after that.

4. What do you use for bookmarks?
Flyers, invitations, little drawings or other pieces of paper that I find around that go well with the book in question.

5. When do you read?
When on buses, trains and planes. In bed at night. In certain cafés during the day.

6. Which was the first book you ever read?
A Pixi book or my stepfather's first text book? I was 4.

8. What are you reading at the moment?
a) Mixed - an Anthology of Short Stories Fiction on the Multiracial Experience. Edited by Chandra Prasad.
b) Black White and Jewish by Rebecca Walker.
c) Det är bara lite AIDS by Sara Granér.

10. Do you leave 'marks' in your books?
'Dogears' in fiction and poetry, but never in comics or books with photos inside.

11. Does the cover affect your buying/not buying a certain book?
Very much. And the font used. I also really like the Japanese way, the beautiful brown paper cover they give you with your purchase. Every store has its own.

14. Is there any book you've read more than once?
All the ones I really like I re-read.

15. Were you ever in an accident caused by a book?
No.

16. Do you keep all your books, even the ones you don't like?
Lately I've tried to get rid of the really really bad ones.

18. Do you read in the bathroom?
Magazines only.

19. Do you keep any systems for your books? Reading/buying lists? Do you keep a reading diary?
I keep a purchase list at Adlibris, it's really really long. A shorter list for the library visits. And I have this reading blog.
Posted by Angelica at 20:18 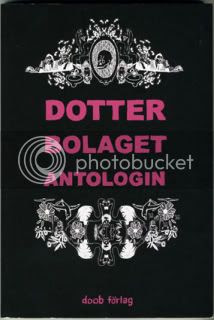 Dotterbolaget - the anthology: all the hilarious girls and a few more!

Except for my usual laugh out loud favourites Liv Strömquist, Sara Granér and Lina Neidestam, others worth mentioning are:

Time to visit your local comics dealer.
Posted by Angelica at 10:55 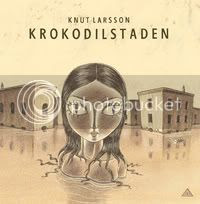 Something like five years in the making, Knut Larsson's latest is finally out. Wordless and wonderful as ever. 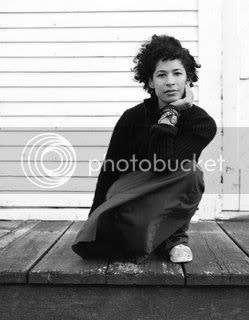 Had to start with Black White and Jewish even before finishing the Mixed anthology. I am intrigued.

"I wonder what it is like to harbor a primal loyalty to your family: grandmothers, aunts, uncles, brothers. To put them, those others connected to you by birth, by name, before those you choose to claim as your own. To consider the ones you were born with your first layer of protection, your inner sanctum, the blood in which you live that cannot be diluted by the water you drink. I am fascinated by this emotion, this human device that creates purpose and meaning, self and other. Is it something we are born with, or is this subtle belonging cultivated, a by-product of the endless repetition of rituals: setting the table, driving to school, walking the dog?"

Read an excerpt over at Multiracial.com.
Posted by Angelica at 14:07 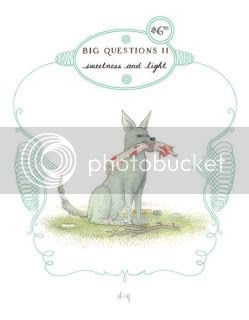 Yesterday was a good day.

Got up at 4 to get to the shooting location, had friend J.S. for assistant, had the pleasure to see a very frustrated man get even by running like mad into the shot during a take, wrapped at 2.30, did all the returns, picked up two CdG garments from H&M, had ice cream. And yes, passed by Comics Heaven to get my ordered issue of Big Questions #11 that I've been thinking of since summer.

It is as perfect as ever. I wonder how he does to make a little bird's emotions visible by just a head shake or a tiny line for an eye.

Listen to a newly made interview with Anders Nilsen over at Inkstuds. 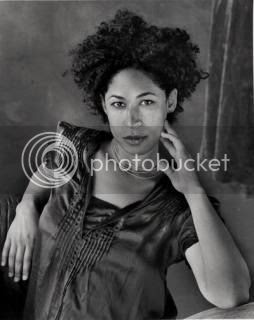 I came across Rebecca Walker's memoir Black White and Jewish in the Women's Studies section at Borders, Kuala Lumpur. And then I couldn't help reading her introduction to the very promising anthology Mixed - an Anthology of Short Fiction on the Multiracial Experience. Now I am wondering how it's possible to write a mere 5-paged forword that can make people cry.

"But not one of us has ever been a cracked plate. We have only held the fractured projections of others, innocently imbibing harmful judgments that were not our own. This mindless absorption of the negative mythologies of others is a source of great misery in our lives. I fear this self-sabotage much more than garden-variety racism, for it has the power to destroy from within that which outwardly, physically cannot be denied. Namely, that multiracial people exist, that we call all categories into question, and that, if we can survive this internal battle, we embody a different tomorrow. But if we remain mesmerized by the idea of ourselves as eternally broken, we all but guarantee the loss of our lives as fully functional, whole human beings."

More info on the anthology here.
Posted by Angelica at 20:41 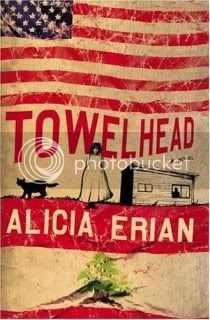 The world is not safe outside Café Edenborg.

This morning I decided to pass by Sosta, which is sort of Stockholm's best Italian espresso bar. On my way up to order, I bumped into a young Asian Swedish woman on her way out. The moment she left, the barista and some fancy dressed-all-in-plaid (hurt the eye!) bloke with slick hair started going on about Asian women, very bluntly trying to tell different nationalities apart by their looks. Sexist and racist; need I tell you that the word "gook" was used? Instead of telling them like was, which I probably would have if I'd been more awake, I downed my coffee and got the F out of there. Feeling like shit.

One of the worst things about being of mixed race is getting to hear all sides of people's trash talking. Cause we "sort of" pass. But the worst by far, of course, is the fact that a lot of times we get it from our own families. With divorced parents (well, separated), I've had my fair share.

Alicia Erian's Towelhead is a coming-of-age novel set in the 90's about 13 year old Jasira. She's being sent to live alone with her Lebanese dad, Rifat, for the first time in her life, after her mother's jealous outbreak over the fact that her boyfriend takes an abnormal liking in her. Rifat, on his part, is rather strict and sometimes overly violent.

"Once, a little kid got confused and drifted under the lane divider [of a swimming pool, blogger's note], and Daddy had to stop in mid-stroke. I thought he would probably yell at the kid, but he just smiled and waited for him to get out of the way. I saw then that everything would be fine between me and Daddy if only we were strangers."

Jasira has a hard time figuring her parents out, oftentimes caught in-between because of the selfish ways in which they handle their arguments. She deals with typical teenage issues: daughterhood, a sexual awakening, guilt. And a betweenship due to her being Arab American, ashamed by her father's weird ways and always thought to be latina at school. Or getting called towelhead by her neighbours. However, the story turns extreme after she starts babysitting her neighbours' brat of a son, starting when she finds his father's Playboy mags, and ending in a very serious, unspeakable place.

Despite the awful things Jasira goes through, the novel is laugh out loud funny at times, a page-turner dealing with teenage girl issues in a way I have never before encountered. I'm amazed.

Hear Alicia Erian read an excerpt over at NY Times (you might need to sign up, but NY Times is always worth it).

Towelhead has been made into a movie by the great Alan Ball, with the genious Peter Macdissi as Rifat. I can't wait to see it. Watch the movie trailer here.
Posted by Angelica at 10:59 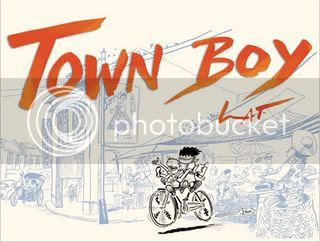 During my last trip to Malaysia, I finally got my hands on the sequel to Kampung Boy, LAT's wonderful story about his childhood in rural Malaysia. Town Boy is about his teenage years during the 60's in Ipoh, Malaysia - where my dad was born and raised. Actually, it seems like Dad's just two years older than LAT and it's great to read this graphic novel after recently seeing my dad's old photos of school friends with rock'n'roll posters plastered all over their walls. 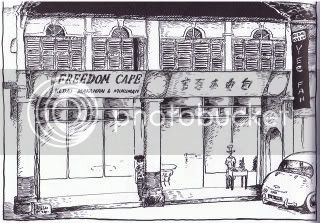 Ipoh is (still) very recognizable in LAT's drawings, and he manages so well to capture the multicultural Malaysian people and their busy street life. He's a genius. Which, of course, is no news to Malaysians.

Head over to First Second Books where there's a nice excerpt.
Posted by Angelica at 18:48