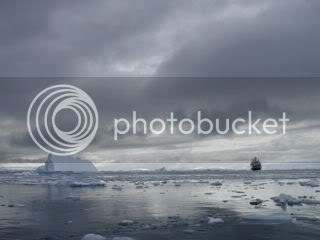 What images return
O my daughter.

Made this unknowing, half conscious, unknown, my own.

Living to live in a world of time beyond me, let me
Resign my life for this life, my speech for that unspoken,
The awakened, lips parted, the hope, the new ships.

Recently read an interesting interview with Cecilia Persson in the latest issue of the great Swedish periodical called Slut (as in the Swedish word for end, nothing else), about her novel Sveda - on growing up with a mentally ill mother and, to some extent, about Sylvia Plath. The book contains a little bit of everything: clippings, poetry, prose, letters. It didn't really leave me with much, but made for a fairly good read, especially as the subject does interest me a lot. 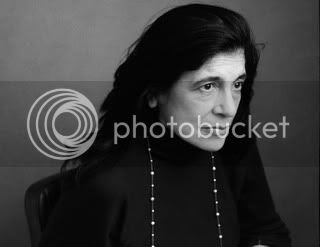 Reading Susan Sontag's Illness as Metaphor and AIDS and Its Metaphors, as I've been meaning to do since I read the first sentences a few years back:

I'm looking forward to finishing it.
Posted by Angelica at 12:58 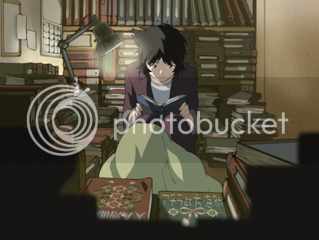 Maggie Mui from Read or Die the TV

I am currently sitting in my window, waiting for Anders Nilsen's eleventh issue of Big Questions that's going to be out this coming autumn. In the meantime I'm commenting away at Bokhora, trying to finish my third Jenny Diski in a row, wondering why I've been such a bad fiction reader so far this year - 17% is quite bad, although 50% comics is kinda good.

After a good cleaning my bedroom no longer looks like Yomiko Readman's: 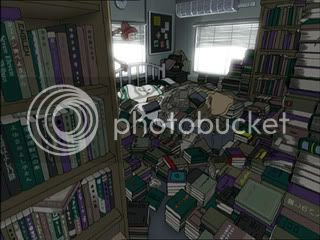 Which I suppose is a good thing.
Posted by Angelica at 19:00

Stranger on a Train by Jenny Diski

I am on a Diski roll.

Skating to Antarctica by Jenny Diski 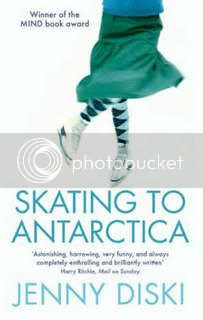 The last thing I heard before boarding the first flight towards Antarctica in February, was H. telling me to read this. I already knew about it, but had been hesitant to read it; before this trip Antarctica was a dream that I didn't want to spoil with other people's recollections of it. And when I suddenly found myself going there, I didn't want to be disturbed by other experiences of it, wanted to find my own words to describe it. Naturally, I found the book in the M.S. National Geographic Endeavour library, opened it every now and then, decided not to read it, came back to make sure it was still there and not in the hands of any of my fellow American passengers... This went on during the whole trip.

If there is something I am good at, it's knowing the right time to read a certain novel. Sometimes I start reading a book that opens so fantastically that I have to leave it be for a while (which is why I still haven't been able to read Susan Sontag's Illness as Metaphor and AIDS and Its Metaphor, Lotta Lotass' Min röst skall nu komma från en annan plats i rummet, or Harry Martinson's Aniara). Now almost four months have passed since I returned, and the other day I just couldn't resist this Skating any longer, as I felt a sudden pang of loss walking about a bookstore, missing the ice so much.

"I am not entirely content with the degree of whiteness in my life."

Jenny Diski is almost too on point. The way she describes her trip and the other (mostly American) passengers:

"Photography is a modern, miniature form of colonization."

And also her recollection of a quite disturbing childhood and the teenage years spent moving between mental institutions and foster care; her mother leaving her when she was 16 never to return, never even calling, writing.

There is so much about this memoir that I can relate to, there's no wonder it took me such a long time and all this lingering about to read it.
Posted by Angelica at 09:03 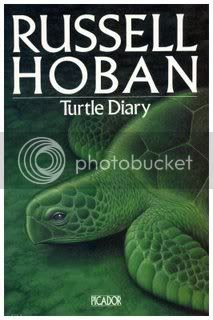 Someone told me to just see Harold and Maude without knowing anything about it. I hereby tell you to read this novel without looking it up any further.

Go for Abe Books or Bokbörsen.