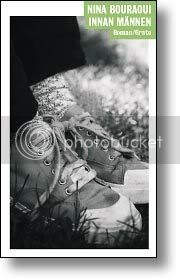 Yes, I did read it in French when it just came out. But I'm currently in Phuket International Airport waiting for my Air Asia flight to take me to K.L, and I'm bored.

I did also prefer reading this novel in French. Not that it's badly translated - but there is something about the flow that doesn't really translate too well into Swedish. Although I do remember reading it in French thinking someone will have to tell the translator not to translate the word "shit" into something stupid. Which she certainly did. "Brass" in Swedish is a word only used by peeps older than 40 (definitely not by teenagers now), it reeks of the 70's, in a bad way. Every time I read it I shiver.

Otherwise, this novel is a bit like Mes mauvaises pensées, as if written in one long sentence. Sometimes you have to catch your breath, the same way I had to do when I was a kid, reading The Fantastic Four comic books until I almost saw fire and devils coming out of the pages. I am amazed over the fact that a whole pice of work can seem so distant, right up to the very end, where it just suddenly grabs a tight hold.

Bruno K. Öijer was my first favourite Swedish poet when I was younger. I saw him at Orionteatern a few years back, think it was in 2002, a year after Dimman av allt, the work that ended the magnificent trilogy after Medan giftet verkar (1990) and Det förlorade ordet (1995). In Dimman av allt, Öijer wrote about a dead mother; his mother, all mothers:

This latest work seems to lack the dirt I always felt came with Öijer's poetry. It's cleaner, he seems older, more together; as if he was a voice in an awful world he has finally started coming to terms with. Not always a bad thing, but not that interesting either. Except for the ending.

Or is it that I am older?

A re-read or two might clear things up. After all, it's Öijer.
Posted by Angelica at 08:59 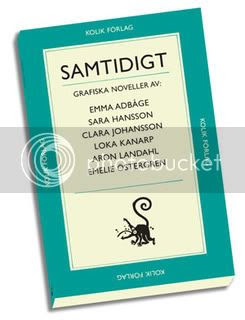 Thanks to Danny. It is not every day I get comics for present to go with my morning coffee. And by the way, your comics manifest is still as brilliant.

More Kolik can be found here.
Posted by Angelica at 10:35 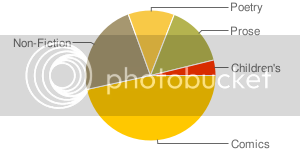 2008 so far. I've been a lousy reader this summer. Wha'happened to my list? Out of all of those, I read one. That's horriba.

Make your own pies over at Mycrocosm.
Posted by Angelica at 18:28